A 3-day culinary journey in Galle

The journey from Kandy to Galle started late, and took the better part of the day. Most of the time was spent on the congested, winding road between Kandy and Colombo, before we hit the expressway southwards. My parents, heading back to Spain, alighted at an airport guesthouse to catch a plane next morning, so the family vacation was now down to two generations.

After touring Sri Lanka, we had already concluded that people in general are overwhelmingly friendly and welcoming. When we arrived at Fort Square Boutique Villa, we realised that the owners there had taken it to the next level!

This small and ultra-cozy boutique hotel offers spacious classic rooms with a really authentic look and feel. There is no restaurant, but a home-made Sri Lankan-style breakfast is served in the inner courtyard every morning.

The Galle Fort is another UNESCO World Heritage Site in Sri Lanka. Built for military purposes over the 16th and 17th centuries by successive Portuguese and Dutch occupiers, it is today an embodiment of coziness. The narrow, cobbled streets, dotted with shops, restaurants and boutique hotels in small, old houses, are perfect for lazy strolls. We did just that!

The manager at the Fort Square Boutique Villa, in all her friendliness, had prepared a handwritten list of sights to see in the Fort, so our guide was in my pocket, alongside the more interactive, ever-present Tripadvisor.

The Lighthouse is the most visible hallmark of the Galle Fort. Built in 1939 after the 1848 predecessor was destroyed in a fire, it is actually one of the most recent structures on the Fort. Adjacent to it is the Meera Mosque, catering to the sizeable Muslim community of Galle. It being a Friday, we found the surrounding streets teeming with people, with most nearby businesses closed for prayer.

The Galle Fort checklist includes the clock tower, and the Dutch and the Anglican churches, and a Buddhist temple. The main attraction of the Fort, however, is the town itself, with the atmosphere and the many shops and restaurants.

The sun was scorching, so after some walking, we eventually ended up in a tuk-tuk. With Ylva sitting on Beatrice’s lap, our family of four managed to fit in quite comfortably! The talkative and entertaining driver took us on a guided tour of the Old Town outside the Fort, to see the few additional attractions Galle had to offer.

Just outside the fort, is a small fishing harbour, with dozens of wooden boats on a small beach. Apparently the place teems with life in the morning but gets deserted after the fishermen return with their catch. Now, in the early afternoon, there was only a couple of dogs greeting me as I went to take some pictures.

A few blocks away is an old fruit and vegetable market. Nothing too impressive, truth to be told. It is nevertheless on the Galle “checklist”, and the driver also insisted we should see it.

A small “spice and tea shop” next to the market caters to tourists who pass by on their sightseeing journey. I was tempted to pick up some more Ceylon cinnamon, and also got enticed by flavoured teas, with aromas from out of this world! The shopkeeper insisted that all the teas were Orange Pecoe – the top grade for Ceylon teas. He seemed somewhere between surprised and impressed that I asked! The white tea seemed almost suspiciously cheap, although I would not have been in a position to judge on the quality or authenticity.

About to buy a some items, I noticed a familiar spice. “Some saffron, sir?”, the shopkeeper asked. His smile vanished as I took a closer look, and smelled the contents of the box he had given me. The short, waxy almost odourless fragments, with their matte red, almost orange colour spoke volumes about what these guys were actually selling. “I actually don’t know about the quality of this saffron, sir”, the now visibly nervous shopkeeper said. “I actually don’t know much about saffron, sir”. “I’ll take your word for it”, I said as I walked out.

Some 2km away from the Galle Fort, is the Mahamodara Sea Turtle Hatchery Centre. Sea turtles caught in fishing nets, or injured by boats, are given a home here, while their hatchlings are released into the sea on a daily basis.

Entrance is LKR 1000, and for an extra 1500 visitors get to release a turtle hatchling into the ocean. Another been-there-done-that on Sunniva’s checklist! 🙂

45 minutes eastwards by car, lies Mirissa, a beach haven. Our friends Gavin and Karolina, and their daughter Mati happened to be there, so Mirissa was definitely on our itinerary!

Halfway between Galle and Mirissa lies the Koggala Beach, with the famous Stilt Fishermen. This is another hallmark of Sri Lanka, and probably one of the most famous images of the island. Apparently, the fishermen all get out in the early morning, so around midday, we only found empty stilts. Luckily, our speed-crazed, but attentive Uber driver eventually spotted three guys still yearning for the catch of the day!

Mirissa Beach is dotted with cafes and restaurants, but when combining the reviews on Tripadvisor and Google Maps, Zephyr stands out.

Zephyr Restaurant & Bar is located right on the beach, on a slightly elevated terrace, creating a discreet atmosphere. The menu is simple, yet excitingly mouth-watering, with a mixed international selection. The wide variety of burger options almost got me tempted, but my love for seafood eventually trumped all other desires.

The Asian seafood noodles, with a well-balanced lemongrass coconut sauce was an exciting and very successful combination! Sunniva and Ylva were thrilled with their chicken pesto pasta, consisting of perfectly al dente tagliatelle, with a slightly creamy, green pesto sauce, rich in basil. Another bullseye!

The beach in Mirissa, with its strong waves, is perfect for surfers. We quickly realised that for the same reason, it is hardly a good place for kids to swim.

One of Mirissa’s main attractions, the Parrot Rock, is just next to Zephyr. This rock in the sea, offers a small, steep climb to the top, and a nice view from there.

The Cannon Bar and Grill

The Cannon Bar and Grill is located in the Old Dutch Hospital, the culinary centre of gravity in Galle. This erstwhile hospital building is now home to a dozen restaurants, including most of the top-ranked ones. As usual, we were on a mission to explore, and the Cannon was the first one out:

Situated upstairs, the balcony section overlooks the inner courtyard of the Old Dutch Hospital, the fortress wall, and the sea. What a lovely start of our Galle trip to dine to the sound and the breeze from the ocean!

As the name indicates, the Cannon Bar and Grill place mainly serves grilled food. I ordered for the spicy calamari and prawns, while Beatrice went for the tuna steak. The kids more predictably chose the fish and chips, and then ran off to look at the replica cannon in the indoor section!

In the meantime, we went for the signature Cannon Bomb cocktail, which, despite the assurances of the waiter, was too sugary for our taste. The Italian Pinot Grigio (unfortunately, I didn’t write down the name of it), on the other hand, was a pure pleasure, and a good match with our seafood. The prawns and calamari were as close to perfect as they can get, with the calamari generously coated in an outstanding (and hot!) local spice mix.

Kudos to the waiters too! They were fast, attentive and entertaining, and the kids loved them!

Heritage Café and Bistro is a cosy café/bistro on Peddlar Street, with a nice little art collection on display. Waiters are attentive and friendly, making the visit a pleasant experience from the beginning.

Aiming for a light lunch, I had the Tom Yum soup, and Beatrice went for the prawn avocado salad. Both were impeccable choices! The tom yum soup was medium-spiced, and just sour enough. The prawns were firm and tasty, and the coconut cream adding some nice body to the whole thing. The ice coffee is nice, but the iced lemongrass ginger green tea is out of this world! That one is worth the visit on its own merit!

Tripadvisor ranks The Fort Printers as the #1 fine dining restaurant in Galle. It is certainly a dining experience to behold. Situated at the corner of Peddlar Street and Church Street, it is at the core of where the “nightlife” happens on the Fort.

The outdoor section, in a hallway with classic arcs, is remarkably laid-back and casual for a fine dining restaurant. That already enamoured us to the place!

Beatrice got tempted by the lamb tagine with coucous. Succulent and tender, with an almost perfectly balanced spice mix, this turned out to be an excellent choice. I went for the lobster with sesame and ginger – the height of the seafood on this trip. Spicing lobster with ginger is a balancing art, which the chef mastered well!

The service was surprisingly fast: Being hot and thirsty, I ordered for a beer the moment I sat down. The food actually arrived as I was only half way through it!

The wine list is among the most elaborate I have found in Sri Lanka. Pairing any wine with both lobster and lamb tagine is an almost impossible art, so we played it safe with a Pinot Grigio, which worked very well, and fairly well with the lamb too.

The Tuna and the Crab

Based on the recommendation of a friend who happens to be an ultimate authority on wining and dining in South Asia, we went for The Tuna and the Crab on our last night in Galle.

Located in the Old Dutch Hospital, this trendy seafood restaurant with a contemporary, minimalist design, offers a somewhat experimental sushi experience. The restaurant is a flagship project by celebrity chef Dharshan Munidasa, and as such on the checklist of any foodie. We were somehow surprised to find the restaurant empty. As I ordered for a sake, I realised why, as they had recently lost their alcohol license.

Being the only people in the restaurant, we had no problem getting the attention of the waiters.

The Olive Oil Soy Tuna, in its delicious simplicity, was the best item on the menu. The Tuna and Cod Roe Rolls were also a quite exciting element. I was not too impressed by the sashimi – three different types of fish served on ice. We never really got to figure out which types of fish it was, though.

On our last lunch in Galle before heading to Colombo, we came across Galley 52. This small, chic restaurant on Church street has a subtle maritime décor, and a fusion menu that makes it worth the visit.

One thing I particularly like in Galle, is the fact that crab-anything actually means real crab, not crabstick. The crab salad at Galley 52 was no exception, and delicious, light way to finish our amazing stay at the Fort.

The watermelon juice, presumably made from the baby watermelons, so prevalent in Sri Lanka, was nothing short of lovely. Sri Lanka generally has some of the best watermelon juice I have ever tasted, but the one at Galley 52 is in a league of its own.

The final surprise was the cappuccino, made with coconut milk. I have tried making this at home before, but never really succeeded. Here, I got it with just right coffee strength, and the full-bodied, creamy taste that comes from coconut milk. Another case of a drink making the restaurant worth the visit on its own merit!

And thus ended the Galle part of our trip. The hotel had arranged for a driver, who was waiting for us as we got back (understandably, as we were as late as only Kenyans can be! 😀 Colombo next! 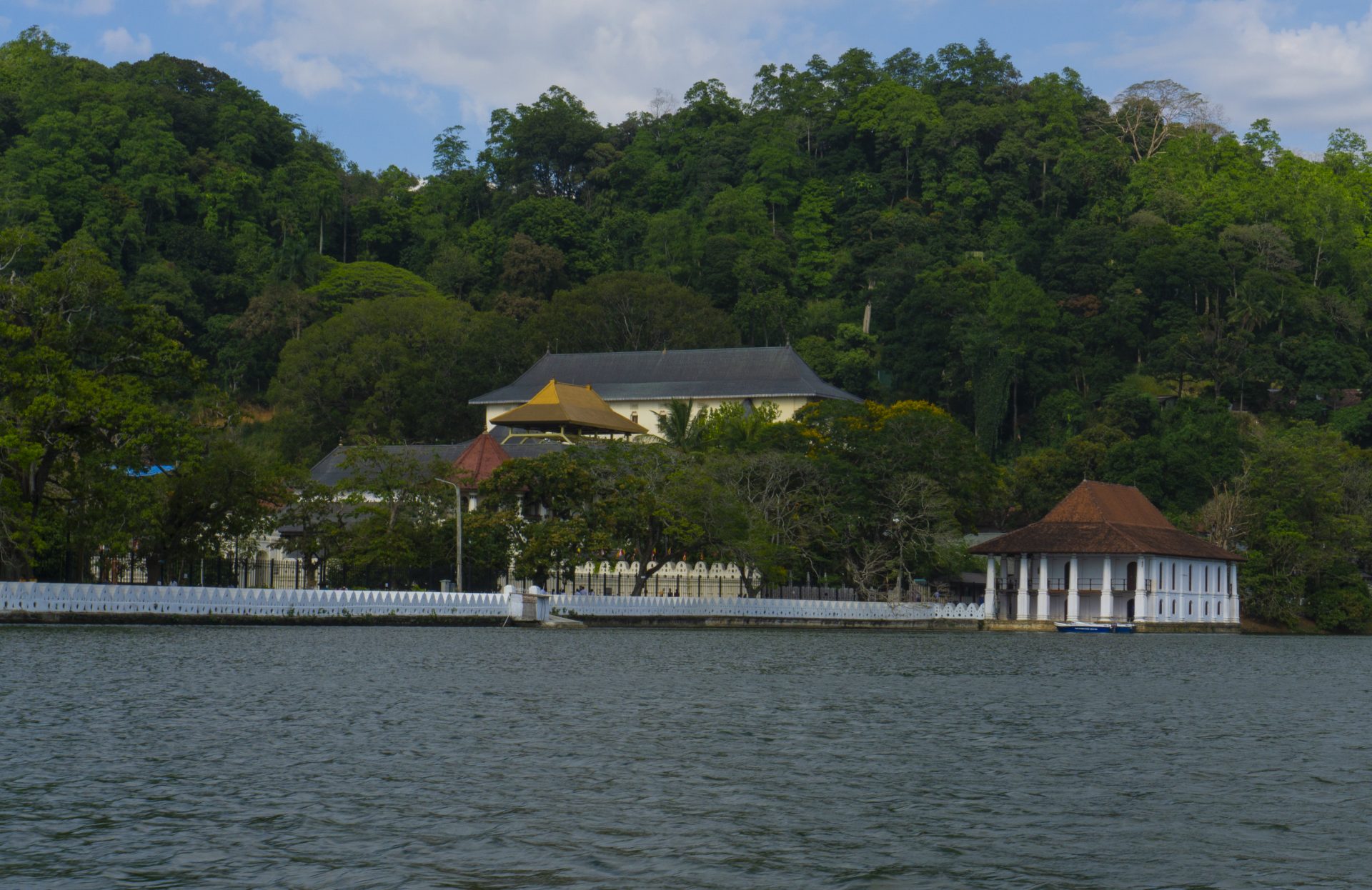