The beautiful town of Kandy is famous for its lake, and for the Temple of the Sacred Tooth Relic – a holy site where one of the Buddha’s teeth is kept. Kandy is also the site of some of the most epic scenes from Indiana Jones and the Temple of Doom.

Temple of the Sacred Tooth Relic

The Temple of the Sacred Tooth Relic is Kandy’s most famous attraction. Crowded with believers and tourists alike, even in the low season, the place is abuzz with people. Shops outside the temple are doing good business selling flowers – always in demand from the visiting faithful.

Like in other holy sites, be prepared to walk barefooted, and brace yourself for some glowing hot stone tiles outdoors.

The inner sanctum is a golden temple adorned with ivory tusks (presumably predating current-era concerns about endangered species). This is where the Buddha’s tooth is kept. Only high priests and some select clerics are allowed, so slim chance of getting a glimse.

The Kandy Royal Castle is also part of the complex. That one is less awe-inspiring than the Temple of the Sacred Tooth Relic. It may however never have been intended to eclipse its adjacent holy Buddhist site.

Kandy is situated around a man-made lake, built in 1807. There is a small, artificial island in the middle, right in front of the Temple of the Sacred Tooth Relic. Boat cruises are available from a small pier along one of the main streets in the city centre. Renting a whole boat for 30 minutes is LKR 2,000 (USD 10), so it won’t exactly blow your budget!

Royal Classic Resort in Kandy is a three-star hotel marketing itself as a luxury boutique hotel. A stark example of how the hotel industry in Sri Lanka has harnessed the power of digital marketing, without all of them grasping the concept of only promising what can be delivered.

Royal Classic Resort seem to believe so much in their own marketing, that they even price themselves at the same level as some of the actual five-stars in the area. Kudos for for using good pictures and convincing descriptions, though!

Our room, a family suite, was spacious but worn down, with cheap-ish amenities. For instance, it is great for the environment to use refillable dispensers instead of single-use plastics for the soaps and shampoos. Filling them with cheap contents and then diluting those with water, is less impressive. The “restaurant”, which turned out to double as the “Lounge Bar”, had ok food, but the waiters completely messed up our orders to the point of ruining the whole experience for all of us. As a result, we refused to eat any meals there, other than breakfast, which was included. Their breakfast buffet was quite ok, by the way, except for the coffee: Mold is totally fine in Roquefort cheese, not in coffee. Royal Classic Resort should learn the difference!

The swimming pool was nice, except for the kitchen using the adjacent area as its backyard. Those garbage cans and gas cylinders facing the pool area, don’t contribute towards a “luxury boutique” experience. Neither does the roaring diesel generator in the same space when there’s a power cut.

The spa, while obviously not luxurious, at least offers an excellent traditional Sri Lankan massage!

Let me give credit where it’s due: The staff went off their way to try and improve things after we complained. They were attentive and friendly, and really tried their best.

The blame is on the owners for for taking many shortcuts to save money, to the detriment of the guests! The hotel has potential, but quite a bit needs to be done. Until the above issues, and quite a few others are addressed, Royal Classic Resort should focus on being more honest in their marketing.

Following the lunch incident at Royal Classic, and upon discovering that the “Lounge Bar” and the purported “restaurant” were one and the same, we decided to go elsewhere for dinner. Earl’s Regency, an actual five-star hotel nearby, had a classy restaurant with a decent wine selection. I opted for their tuna steaks, which turned out to be a good choice. The others went for the buffet, and were happy too!

Theva Cuisine is part of Theva Residency, an upscale boutique hotel on top of the Hantana Hill. It is also ranked as #1 restaurant in Kandy on Tripadvisor. While such rankings should some times be taken with a pinch of salt, it was a bull’s eye this time!

Getting there was an experience in itself. The view just kept getting better and better as our driver braved the narrow, winding roads up the lush, green hill. The view from the restaurant itself is simply stunning, and that was fortunately not even the best part of it! The food was also a culinary experience to behold! Their Asian fusion menu looked more experimental than most of what I have seen in Sri Lanka, so we were in for an exciting experience!

My mind was made up from I noticed the thai fishcakes, and they definitely turned out to be one good choice: Crunchy crusted and served on crispy rice noodles, with an apple salad on the side, and a well balanced sweet chili sauce. The place also had a wide variety of lovely, fresh fruit juices. I didn’t get to taste any of the other dishes this time, but it is safe to say that Theva Cuisine was a memorable culinary experience!

Some famous scenes from Indiana Jones and the Temple of Doom where shot in Kandy. All scenes involving elephants were shot in a nearby tea plantation, while the epic bridge scene was done just below the Victoria Dam. Unfortunately, the site is not accessible to the public, and the bridge itself is long gone. The gorge that bridge once spanned, however, remains as dramatic as in the movie, and a sight to behold. Diehard fans have managed to access the site with special permission from the military, but considering the logistics, and the fact that we only had two days in Kandy, I had to give up on those plans. With the number of Indiana Jones fans out there, this is some wasted tourism potential for Kandy.

Our journey went on, and the next stop was Galle. 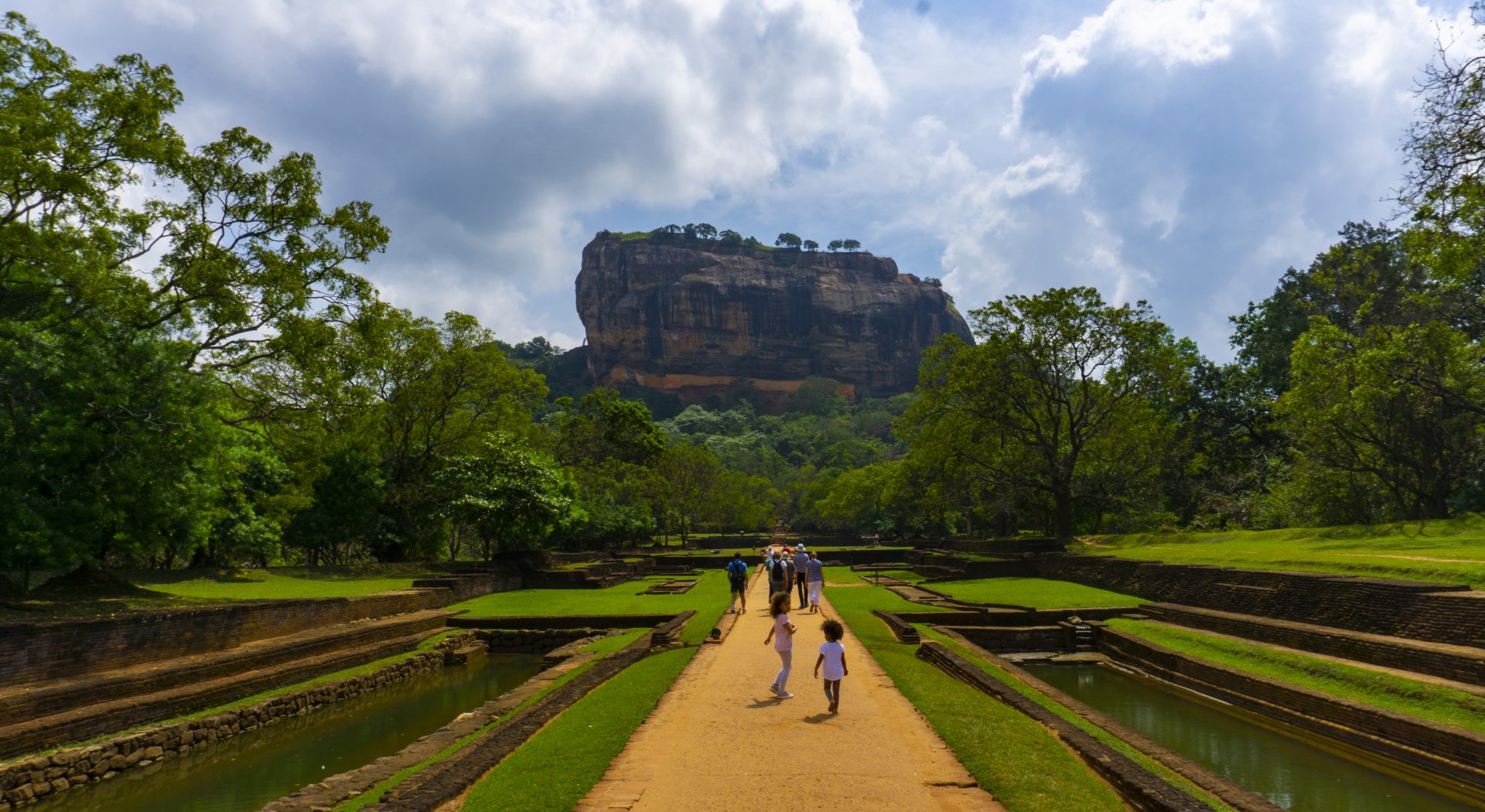 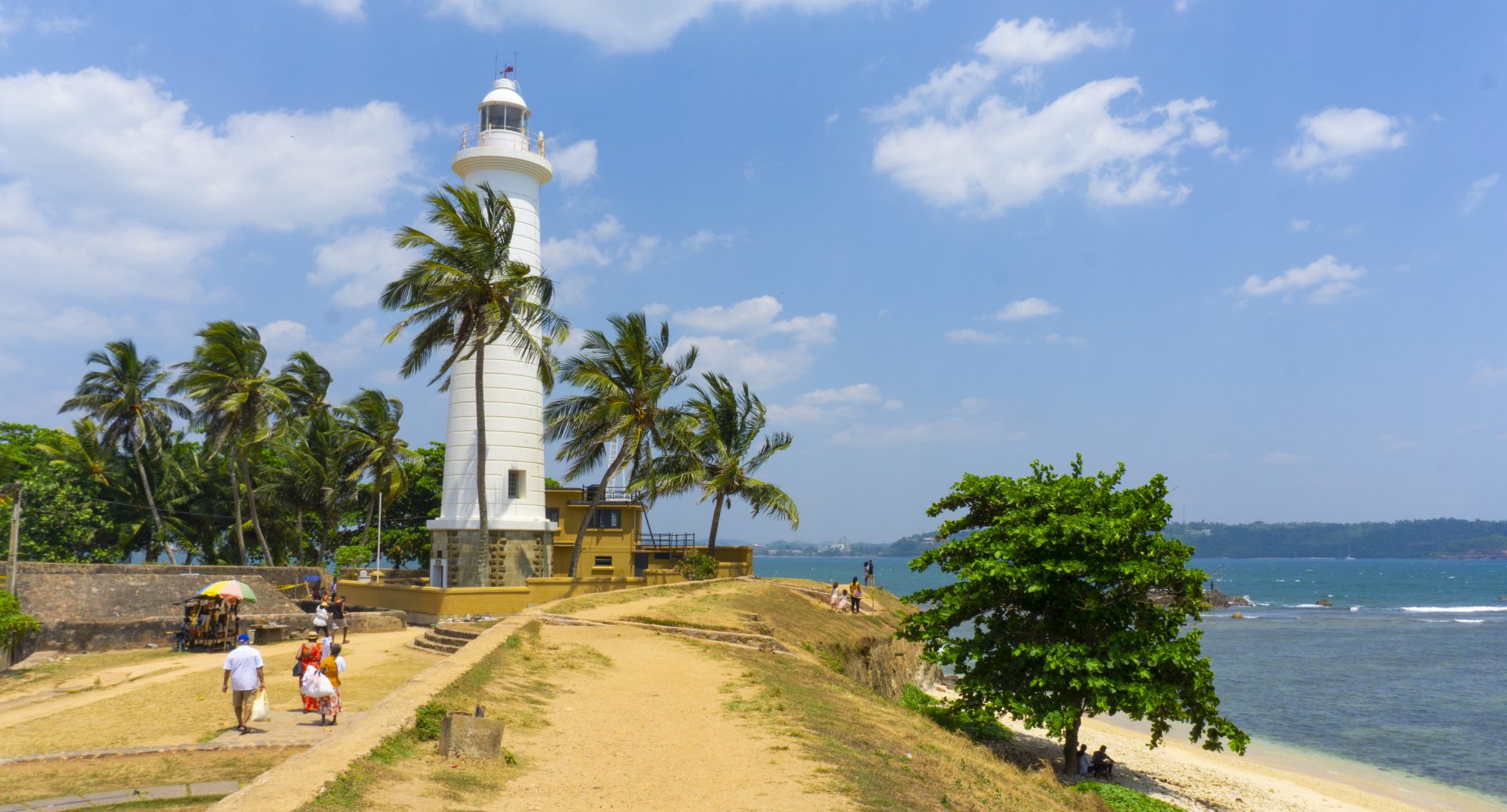