Tunisia used to be one of the big charter tourism destinations of the Mediterranean. Then came the Arab Spring, and a major terror attack. Things like that tend to chase away mass tourism.

Tunis, the capital city, is considered totally safe, and doesn’t even have a travel advisory. Not that any of those have ever stopped me anyway. I was traveling for business this time, but this is one place I’ll definitely visit again.

The combination of March being off-peak and tourism in general being at a three-decade low, made the place almost eerily void of tourists. I saw maybe two dozen Chinese tourists. Hardly any Europeans or Americans.

There aren’t many nonstop flights between Tunis and Sub-Saharan Africa. Only some few of the major European and Middle Eastern airports have direct flight connections, and they are not cheap in the first place. Short of options, I ended up flying via Dubai from Nairobi. This is actually something of a lost opportunity, as Tunis with its geographical location would be a perfect connection point between Europe and Africa. For this trip, I had to drop my initial plans of making Tunis part of a multi-city itinerary

Tunis is outright dirt cheap! The top international five-star hotels are all in the price range of USD 100-150, and with great value for money at that level!

Taxis normally cost 1 dinar (USD 0.33) per km plus a start fee, or 25 dinars (US 8.33) per hour. Don’t worry about the cost of a full-day sightseeing tour, in other words! Of course, the first taxi driver I spoke with at the airport, tried to charge me EUR 50 (USD 55) for the 22 kms to Gammarth. His colleagues must have heard my laughter. The next one I spoke to, was happy to take 30 dinars.

It is one of those rare places where you really feel like your money can last forever! A few examples: A cappuccino at an upmarket cafe won’t set you back by more than 2-3 dinars (USD 0.66-1). The traditional brik street food (a tuna mix wrapped in a pancake) cost 5 dinars (USD 1.66) in one of the most popular tourist spots. Since I was on a business trip, my Tunisian counterparts picked most of my restaurant bills. Hence, I didn’t get many chances to compare price levels. Nothing seemed very expensive, though.

The suburb of La Marsa sits directly on the site of what was Carthage, the Mediterranean superpower whose power rivaled that of Rome from 7th-3rd century b.c. Seeing Carthage had been on my bucket list since those dreaded Latin classes in school, when we spent weeks pouring through ancient texts about the Punic Wars. The Romans did a thorough job destroying the place, though. Little remains of ancient Carthage, and most remnants are actually Roman, from the reconstruction after the war. When they said delenda est Carthago (“Carthage must be destroyed”), they certainly meant it! Nevertheless, Carthage was the site of one of a historic turning points, as this was where Rome rose to unrivaled power in the Mediterranean.

The old town, known as the Medina, is one of the most famous features of Tunis. The narrow, winding alleys, the traditional Arab buildings and the crowded, hectic market streets, create a uniquely Maghrebi setting. Walk there during the call to prayer, and you will have the perfect experience of North Africa!

For centuries the upmarket part of Tunis, the Medina went into decline with the rise of the car era. In the recent decade, it has undergone a massive revival, with local enthusiasts now investing heavily in upgrading the old buildings. Two of the most striking examples are Dar El Jeld, a five-star luxury boutique hotel, and the Fondouk El Attarine restaurant, serving traditional Tunisian dishes, with a modern flair. Both are unmissable experiences for anyone visiting Tunis! According to local experts Fondouk El Attarine goes beyond just traditional Tunisian food: It is specifically the traditional food of the city of Tunis, and they excel at it!

Ask Tunisians about the must-sees of the capital city, and they will probably mention Sidi Bou Said first. This neatly manicured, pedestrian-only area on a hilltop near La Marsa, is another place where time has almost stood still for some centuries. Anyone who has been to Frigiliana in Spain, will feel very familiar here.

The cute little lowrises follow the white-and-blue colours theme without exceptions. It is difficult to tell which buildings are actually new, as they are built in the same, classic small-town style. Once you get up the steep main street, the view of the Mediterranean is spectacular.

Locals and tourists alike seem to love Sidi Bou Said is popular among , so you can expect to find it crowded on a Sunday afternoon, even when there are literally no tourists.

Anyone who has traveled to places like Granada, Cordoba or Seville is familiar with the pre-Reconquista Moorish architecture. Of course, the Moorish civilisation spanned a great part of the Western Mediterranean, and not just southern Spain. In Tunis, parts of the tradition has to some extent survived to date. The Moorish architecture is ubiquitous in the Medina, and the characteristic arcs are everywhere. Some mosques, like the Malik Ibn Anas in Carthage, are still being built in the traditional style.

Tunis is a very Mediterranean city, and fresh seafood is available in abundance. Being a seafood lover, I never miss out on that opportunity!

Tuna is an almost omnipresent part of the Tunisian cuisine. The classic brik starter/snack/street food is pretty much the flagship taste of Tunis. It consists of tuna wrapped in a pancake together with some capers, pickled onions, and sometimes a raw egg yolk. Delicious in my opinion, and in any case, you have not tasted Tunis before you have tasted brik. Have it with some of the local signature drink, fresh strawberry juice!

The hummus and feta cheese are as omnipresent as in any part of the Arab world. In Tunisia, mashed grilled paprika is also a popular local specialty.

Couscous is obviously a big part of the culinary identity. In particular, the combination with slow-cooked lamb is considered THE local signature dish. It is the obvious recommendation when you ask someone about local specialties.

I left Tunis with a taste for much more. Most of my five days there were all about business meetings, so I barely scratched the surface with my sightseeing. The next time, I hope to be able to travel a bit, particularly to Tatouine in the south. Tourism to Tunisia will doubtlessly start picking up again soon. That means now is the time to visit!

See my pictures from Tunisia 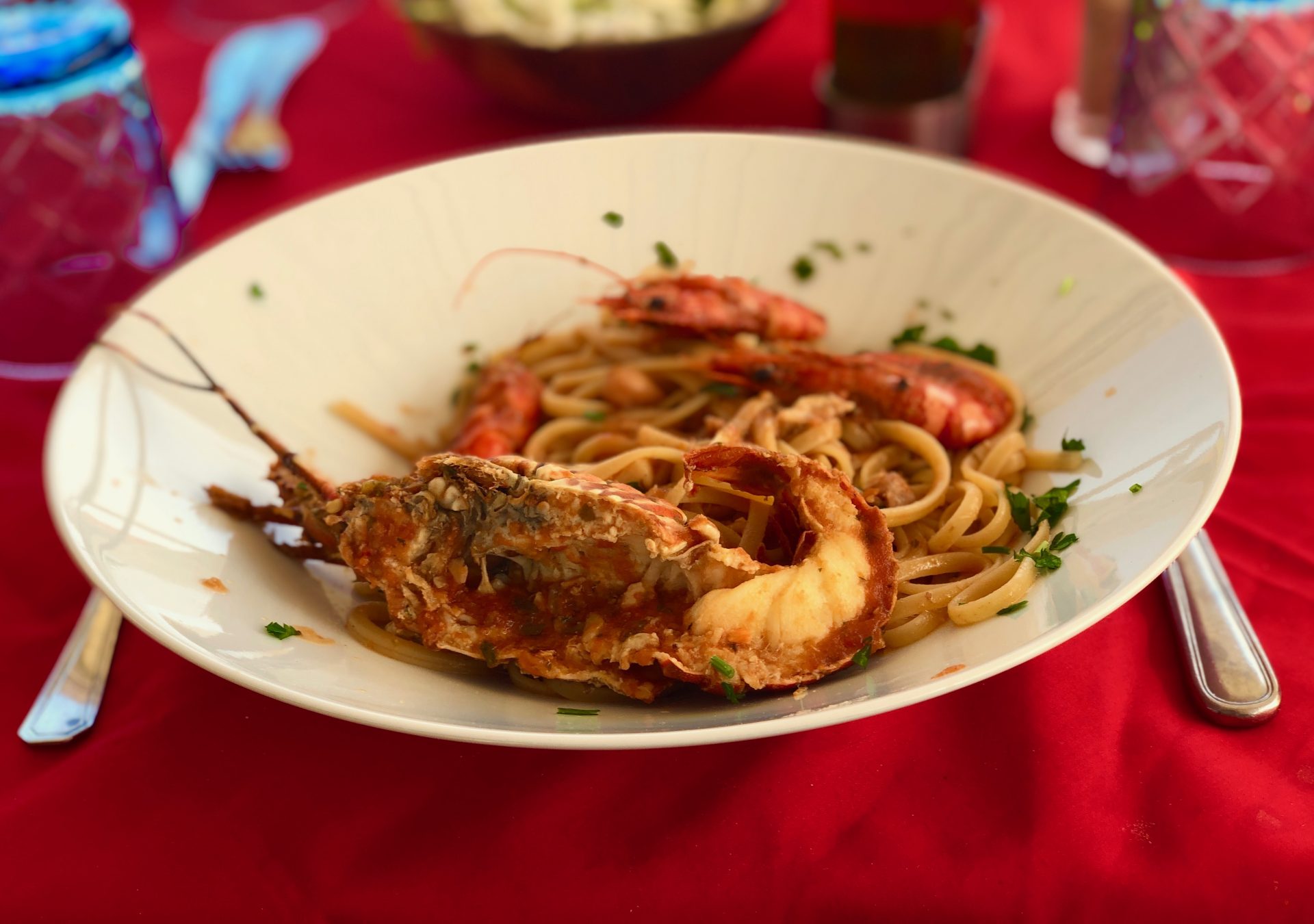 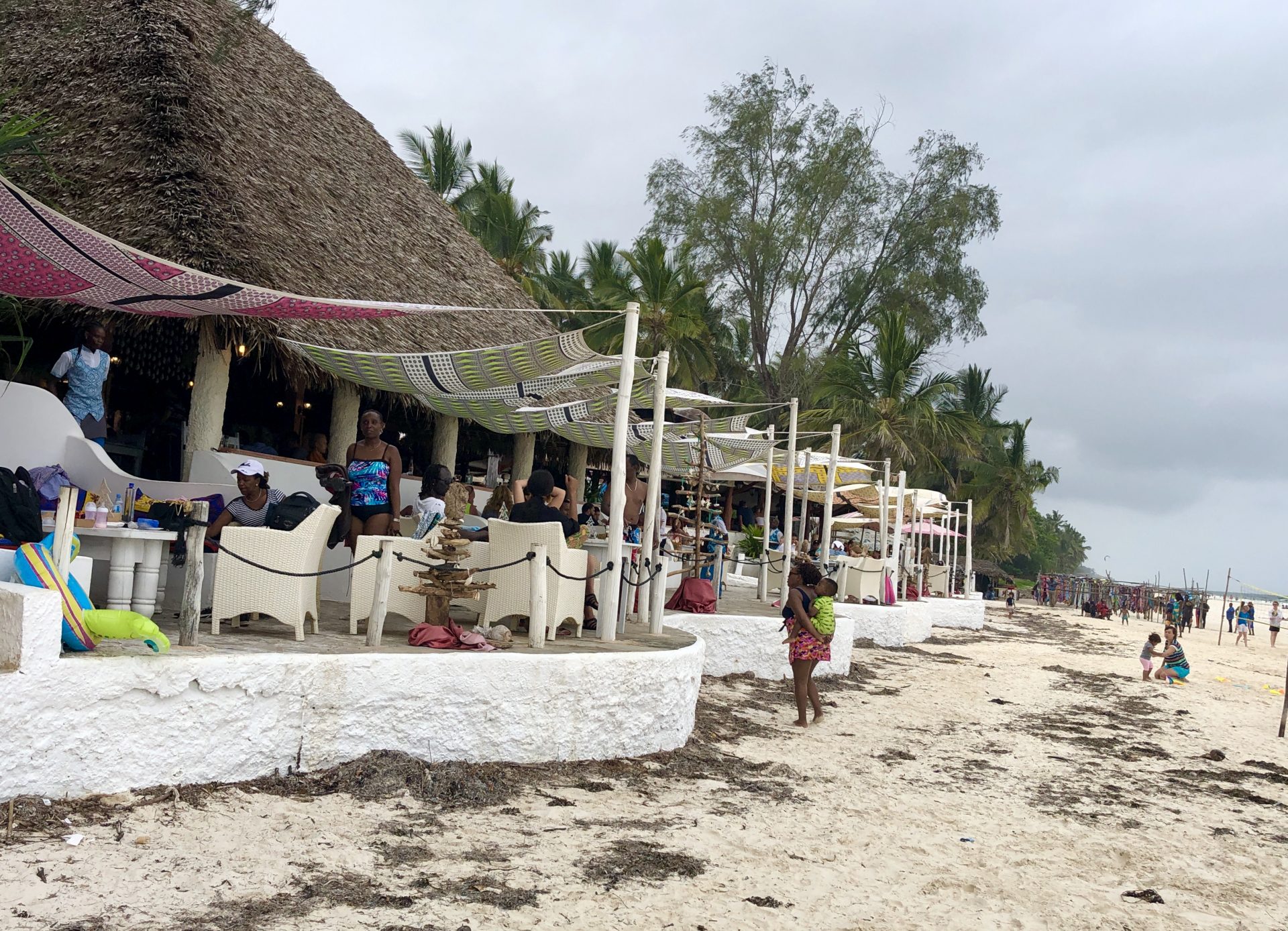