For centuries the economic and political powerhouse of the region, Zanzibar today offers an unsurpassed tourist experience whether beaches, or culture and history are the the main attractions for the traveler.

The main island in the archipelago, Unguja, is commonly known as Zanzibar, while the other major one, Pemba, is rarely visited by foreigners, and has little tourism industry. It’s nevertheless said to be a pretty sight, so I’ll try to pass by there on my next trip.

Stone Town was home to the Zanzibari Sultans, and was the regions’s major trading point for spices and slaves . At one point in time, 90% of the world’s cloves came from the island, and more than a million men and women captured from the African mainland were sold here during the slave trade.

The town is today a UNESCO World Heritage site. Unfortunately, most tourists only visit Zanzibar for the beaches, and only pass briefly through this remarkable historic site.

Historically, Stone Town a cultural melting pot, with strong Persian, Indian and Arabic, as well as Portuguese and British influence. It is also the self-declared capital of the Swahili culture. The date of its foundation is unknown, but it has been around for at least 3 centuries.

Stone Town features the same Swahili architecture as Lamu and Old Mombasa – a mixture of Indian, Arabic and African styles – with the characteristic wooden doors and enclosed wooden verandas, and the narrow, curved streets.

Facing the Forodhani gardens is also the Sultan’s Palace, aka. the House of Wonders. This is perhaps the most characteristic of all the buildings in Stone Town. Once the regional centre of power, this is now a museum of the Swahili civilization. The museum is impressively content-rich and interesting, so make sure to plan for enough time when visiting this place! The upper veranda also offers a nice view of the Stone Town seaside.

Just next to the Sultan’s Palace is an Omani fortress, a reminder of the previous Omani dominance of the island. Apart from being a historically interesting building, it has nothing particularly interesting to see. Inside, there are just some curio shops that sell the exact same things as other such shops on the island, but at inflated prices.

Starting downtown, the Forodhani Gardens are the natural starting point for any exploration of Stone Town. By night, this park turns into a huge open-air buffet barbeque where local fishermen sell fresh fish, squid, mussles, crabs, lobster and other seafood from improvised stalls. Food is then grilled as you wait, ready for immediate consumption at one of the nearby benches. This is a remarkable, recommendable and tasty feature of Stone Town.

Mercury’s is probably the most famous restaurant in Stone Town. With its perfect location, right on the beach, it is one spot you should have on your checklist. The place is popular, so it is a good idea to book in advance. Especially if you want a table facing the ocean.

You might have guessed it: the restaurant has its name from Freddy Mercury who was born in Zanzibar. Most items on the menu are good, including the drinks. The atmosphere is unforgettable, and that is why you should visit. There is live music almost every evening, but not always. The place also has Arab-style sheeshas.

Facing the sea next to Forodhani Gardens is a restaurant with live music in he evenings and many tables in a toe-dipping distance from the water. Food and drinks are good, so this place is worth a visit.

Zanzibar being a predominantly Muslim society, alcohol does not have a central position in the local culture. People are tolerant, but not towards binge drinking and public drunkenness! Most locals are too polite to tell off insensitive tourists, even when they blatantly violate local customs. Rest assured, they quietly frown upon it, though.  Nevertheless, there are some few nice bars in Stone Town. Most of them are in the international hotels, then there is the ever unmissable Mercury’s. In the villages along the coast, the hotels serve drinks, and Nungwi, the tourist hotspot, is a party zone!

The Swahili cuisine is a colorful and tasty experience. Like many other aspects of Swahili culture, this is also a rich mixture of Indian, Arabic, Persian and African influences. Seafood is predominant, and the cuisine features a broad variety of spices and fruits. Fish in coconut sauce, and prawns piri-piri are perhaps among the most famous Swahili dishes. In Zanzibar, the cultural conscience is very strong, and even modest and unassuming restaurants take pride in serving delicious and feature-rich dishes. When venturing outside of Stone Town, you will undoubtedly notice small local restaurant huts along the beaches where the owners do their utmost to get you inside. This can be a surprisingly good idea, but it’s advised to advance book and choose your meal at least 2 hours in advance. In these places, quality matters a lot. Time, not at all!

The horrors of the slave trade are fortunately a closed chapter in the history of Zanzibar. The Slave Market, that would have stood as an important historic reminder, has unfortunately been razed. The basement where slaves were held captured awating their auctioning has however been preserved.

Stone Town offers a lot of great opportunities for curio shopping. Of course, most things you get there are the exact same things as you get in curio markets elsewhere in the region, and if you have the opportunity, postpone all such shopping until you get to the Maasai Market in Nairobi.

Spice Tours are available from most hotels. This is one half a day to include in your itinerary. You can also get full-day tours, but that means paying extra to spend the afternoon on the beach. That is a waste of money, a the beaches close to Stone Town are not the best ones.

Spice production and trade was previously a cornerstone of the Zanzibari economy. The spice plantations are still in use, but today serve the added purpose of tourist attractions. On this roughly 3 hour long sightseeing, visitors get to see cloves, cinnamon, cardamoms, pepper, ginger, saffron and nutmeg in their natural habitat. Opportunities abound to taste the fresh spices, as well as some exotic fruits that even experienced travelers have hardly ever heard about before.

The former sultanate was once the world’s biggest exporter of spices, and the industry still provides work to many people on the island. The old Spice Market still stands as a witness to the important role the industry once had on the island. 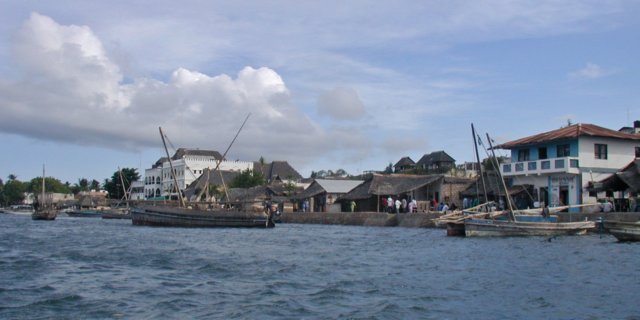