Cities that have been around for a long time have an “atmosphere of old civilization” that you simply don’t find in younger cities. Even if the old buildings are gone, there is something that you can’t really point out, that tells you that culture and civilization has thrived for centuries.

Benin City is such a place. The former capithal of the defunct Benin Kingdom may at first sight look like any other 1M+ Nigerian city, and most of Benin’s inhabitants seem to be only superficially aware of its impressive history.

Through its roughly 1,000 years of existence, this city was a centre of international trade, and an object of admiration. In the 16th and 17th century, Benin had an embassy in Portugal, and was renowned for its bronze and ivory arts. Known to be well organized, and with considerable military strength, the Benin Kingdom resisted the increasing colonial pressure until 1897, when, upon the execution of 7 British diplomats, the city was razed in a “punitive expedition”.  At that time, the city was protected by a 16,000 km network of walls and moats – 4 times longer than the Chinese wall, and consuming 100 times more material than the Cheops Pyramid.

Bronze arts throughout the city centre

The visitor will notice a strong presence of figurative art in the public space – especially in and around the city centre: Roundabouts, parks and gates are adorned with bronze statues; walls are richly decorated with bronze plaques and clay art; many buildings have beautifully carved wooden doors.

Just off the King’s Square lies Igun Street, featuring the Guild of Bronze Casters. Due to the low number of tourists in Benin City, this street does by no means at all compare to the souvenir markets of cities that attract a huge number of visitors. The bronze art and carvings, however are nonetheless impressive. They are also part of a millennium-old tradition that the buyer helps keep alive, so leaving Benin City without local bronze art, should be considered a crime.

The historically and culturally interesting sites are all located in the vicinity of the King’s Square.

The King’s Square itself, is a giant roundabout, where the Benin City National Museum is located in the middle.  The Square is also surrounded by some of bronze statues that define the very cultural identity of the city, and of Edo State.

The National Museum gives a small, but impressive insight into the rich history and culture of Benin City.

Most of the historic bronze arts from the old kingdom was looted by the British in their “punitive expedition” in 1897, and can be found in their government’s collection of stolen goods, commonly referred to as the “British Museum”.  Some artifacts have been retained, though, giving the visitor an idea of what the artisans of this once-powerful kingdom were capable of.

Just off the King’s Square is the Oba Palace – the royal residence. Unfortunately, this building is only a shadow of the original palace, destroyed in 1897.  Only a tenth of the original size, the compound itself is modest, to say the least.

A closer look, however, reveals some of those details that are so typical of Benin City – that is bronze plaques, clay art and carvings.

During my visit, the compound was supposedly closed to visitors, as the city was celebrating the King’s birthday. One of the things I love about Nigeria, though, is that most things imaginable can be arranged by talking to the right people in the right way.

Hence, I found myself among the invited guests for a celebratory ceremony at the Palace, complete with an ensemble of traditional dancers, in the presence of the Queen and two of the Princesses. While the hall in which the even took place, was more reminiscent of a garage than of a royal reception hall, the music, the colors and the vibrancy of the ceremony eclipsed the modesty of the venue.

I was also allowed to take a picture of the Queen, a rare opportunity for a visitor. Although the permission was given by a person with the proper authority, I was adviced beforehand to take some quick pictures, then leave the venue, as the Palace Guards operate as a law of their own within the compound, and that regardless of who authorized the pictures to be taken, they might have their own opinions about that.

Finally, one attraction in Benin City that is mentioned in no travel guide, is the University area.

True to the rich cultural history of Edo State, the area is a virtual open-air museum of bronze arts, with stunning bronze statues adorning the alleys and the spaces between the buildings.

Anywhere in Benin City, a foreign visitor is bound to attract a lot of attention, which is why it is always advisable to be accompanied by a local guide. Fortunately, my young and eager taxi guy was excellent at that!

Nigerian cops have a dreadful reputation, to say the least. When 5 police officers attempting to extort a bribe from this presumed naive tourist, asked for my “photography permit”, I required neither cash, nor assistance. In Nigeria like anywhere else, defiance is your best friend if a police officer serves you blatant b.s. This oyibo wasn’t as gullible as they had hoped, and no money changed hands! 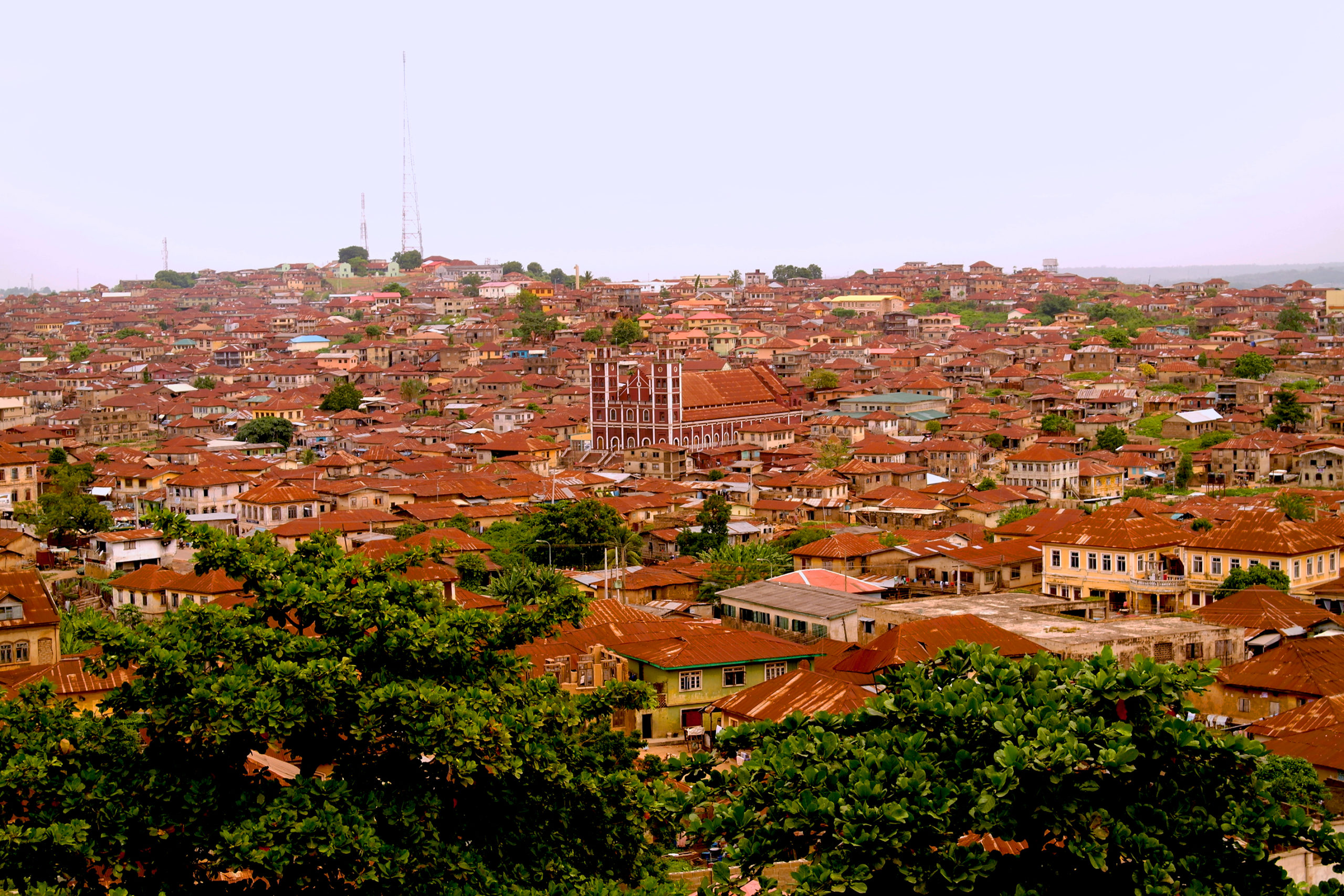