Garissa Town is the headquarters of Garissa County, and the gateway to North-Eastern Kenya.

Going to Garissa by road, will initially send you through Thika Road. Perpetually jammed over the past decade, this road is currently being upgraded into a 12-lane superhighway. This  prestige project of president Mwai Kibaki and his coalition partner, Prime Minister Raila Odinga, will doubtlessly be written into Kibaki’s legacy when he retires in 2012 (did someone say “Kibaki Highway”?).

Shortly after Thika, the scenery changes. From the green, crowded surroundings of Nairobi, you suddenly enter the hilly, semi-arid and sparsely populated Ukambani (land of the Kambas).

After Mwingi, the home town of Vice President Kalonzo Musyoka, the scenery gradually gets flatter and more arid. Dry riverbeds bear witness of the seasonal droughts. Eventually, you reach what locals call the “last mountain before Hargeisa”. From there, the landscape turns flat and monotonous, with dense, low bushes. The last a few kms is the only part with some serious potholes. When you get there, you know you are close. The police checkpoint by the river is the “entrance portal” to Garissa. Once past it, there you are!

Garissa is a peaceful and quiet town, that takes pride in being the safest in Eastern and Central Africa. This is where pastoralists from the surrounding areas come to do business during the day, and then go back home. Hence, Garissa Town doesn’t offer classic urban attractions, night clubs or wining and dining. That is not what people would visit for in the first place, as the main attractions are outside town. There are plenty of small shops, though, and every Wednesday, the town is bustling with life during the Market Day.

Garissa is the unofficial capital of Kenya’s Somali community, and a showcase of their culture. It’s probably the best way to experience the Somali way of life without crossing into Somalia proper. Few non-Somalis without a death wish would consider that journey!

Enter into a conversation with any local, and the friendliness and hospitality, key to the Somali culture, will strike you. The general mood is hectic and energetic. Any interaction lasting more than a few minutes normally includes a cup of boiling hot spicy tea, with lots of milk and sugar.

Time observance in the Somali parts of Kenya is very different from the rest of the country. Outside Nairobi, things generally go by AST (African Standard Time). In Garissa, time consciousness is almost German-style. Be late for anything, and people may ask sarcastically if you are from Nairobi!

Most of the population in the region are pastoralists. Livestock is a prominent aspect of the town and its surroundings. Cows, camels and goats roam the streets, and fresh, delicious meat is dirt cheap. The current abattoir is a cornerstone of the local economy. Additionally, a new, high-capacity one is being planned, with an aim of turning Garissa into a centre for meat exports.

There are two good hotels: the Nomad Palace and the Almond Resort. These are completely up to international standards, yet nicely priced (€24 per night at the Nomad Palace). They also have quite ok restaurants with amazingly tasty steaks.

The fact that Garissa outclasses bigger and more cosmopolitan towns in Kenya in terms of hotels, says something about the Somali business spirit. The entrepreneurship spirit is ingrained in the culture. The Somali community is an increasingly visible part of business scene in Kenya.

Garissa is an overwhelmingly Muslim place, crowded with cute little mosques. None of the quality hotels serve alcohol, or even allow guests to bring it. Of all the gin joints in all the towns in all the world, you’re not likely to walk into one here. I did see a small place advertising the sale of booze in an outskirt of town. This is no place for the thirsty traveler, though. If your main goal is to party all night, Garissa is probably not your bucket list anyway.

Things to see and do

Tourism is a new strategy for Garissa as a second leg for the local economy – in addition to the livestock cornerstone.  With the new constitution, local governments were introduced in Kenya’s 47 counties. The one in Garissa looks set to invest aggressively in tourism.

There is already the Bouralgy Giraffe Sanctuary, with a growing population of Rotschild giraffes. Other animal species in the sanctuary include the rare, long-necked Gerenuk (aka. “giraffe gazelle”), unique to this region. The park also encompasses smaller populations of 26 other species of game animals, and more than 450 bird species. It is just 10 minutes south of Garissa town, along the green river belt, lush with acacia trees. Built and maintained by local visionaries, the park has suffered from the lack of maintenance.

Tana River, one of the major rivers in Kenya, runs just outside Garissa. Crowded with snakes and crocodiles, it has a great potential to attract adrenaline-seeking travelers. Unfortunately, there was no such option available during my visit. Hopefully, someone from the soon-to be-created Garissa County tourism authority will reading this, and act on it by the time I return!

You don’t have to travel far outside Garissa to get to the wilderness. The surrounding landscape of dry shrubs and bushes are one big pasture for thousands of camels, goats, cows and donkeys. Occasionally, you will spot small villages of semi-permanent structures made from mud or straws. Looking to the booming tourist business in North African countries, where Bedouins offer desert camel rides, and tented camps, one can only hope for similar packages in Garissa in the near future.

The combination of safety, good infrastructure and massive cash inflows from the Somali diaspora has turned Garissa into the fastest-growing town in Kenya. The impressive thing is how this growth has happened without a rise in crime. The place still has the atmosphere of a small, cosy town, with no highrises and only a few multi-storey buildings. That is likely to change in the coming years, if the growth continues.

Despite the potential, tourism new concept here, and still “work in progress”. Local forces aggressively promote this new source of growth, though. The director of the Giraffe Sanctuary even came with me in the car for a personal guided tour when I visited the park! Expect to see camel-back desert expeditions with village sleepovers, and crocodile sightseeing river cruises in the coming years. I know for a fact that once launched, I will be among the first to try those activities. 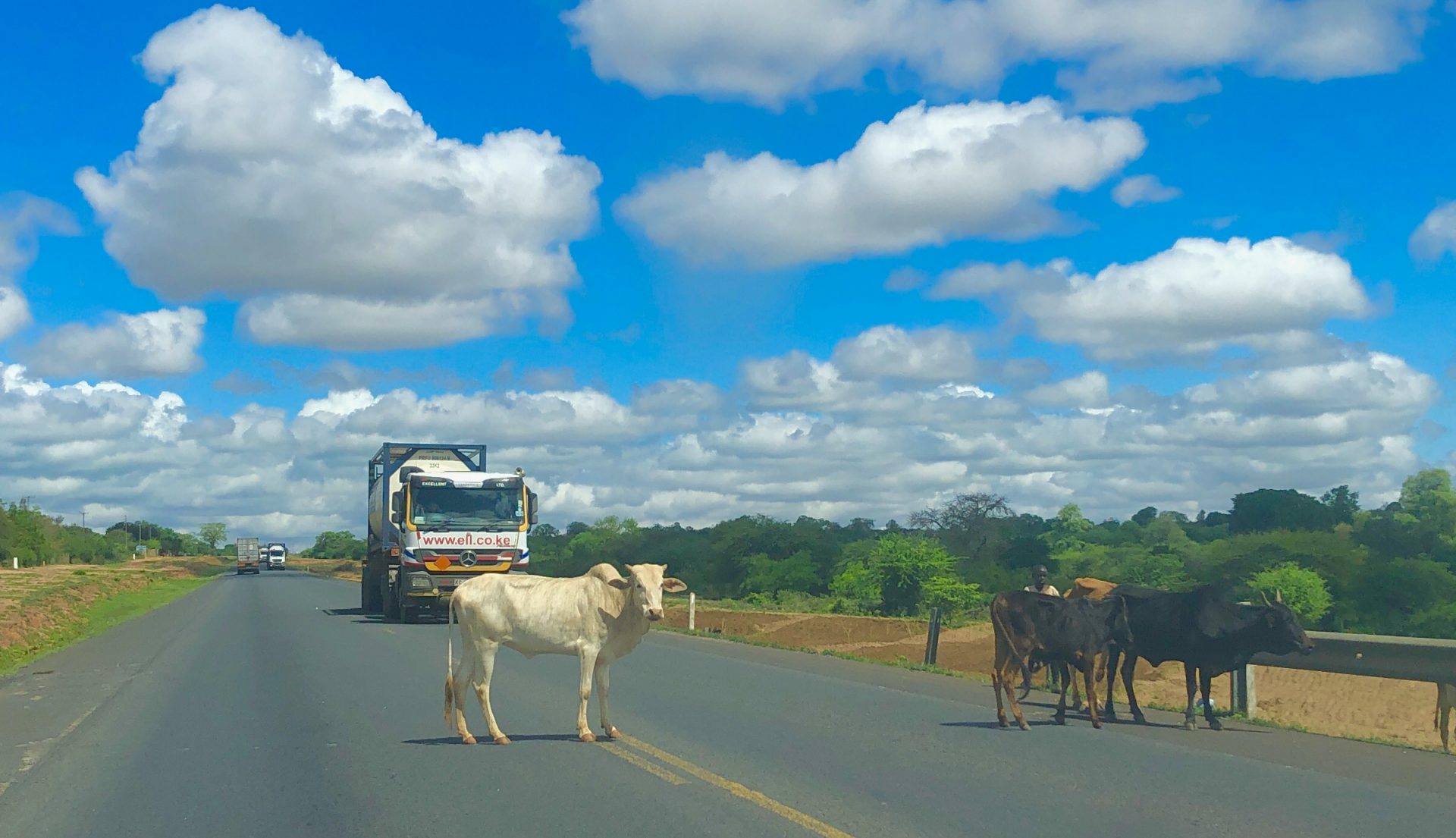 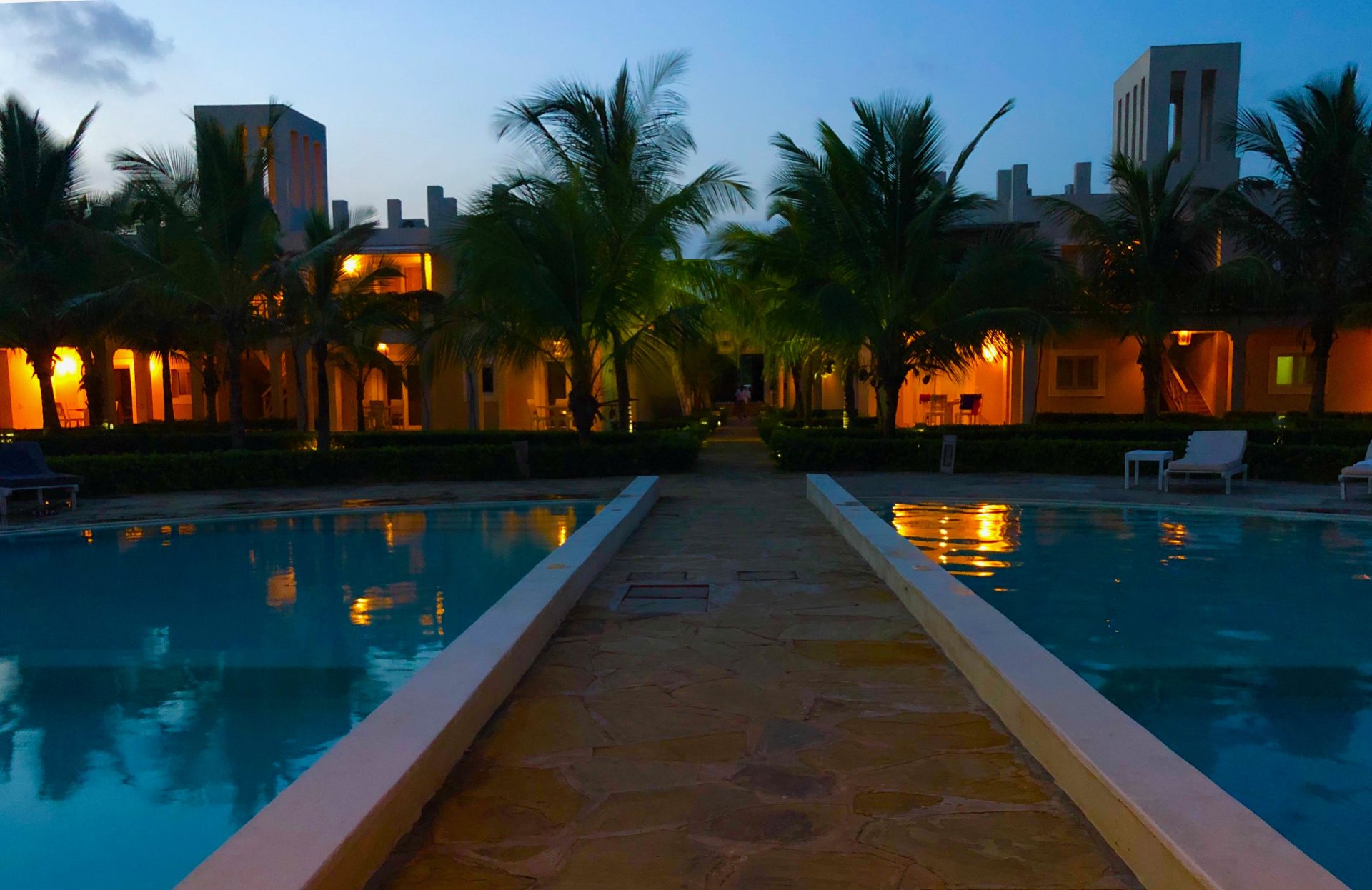