The resilience of Kenya’s economy surprises even the harshest pessimists

On September 17th and 18th 2013, an IMF held conference in Nairobi in praise of the economic environment in Kenya. Throughout the country, a tangible optimism was spreading that a long period of robust economic growth was in the offings.

Five days later, gunshots and whining bullets in the Westgate mall quickly dampened those hopes while the world watched Kenya pay the price of fighting in the war against terrorism. Subsequent travel advisories by the US and UK governments inflicted severe wounds on the tourism industry, hitherto a backbone of the Kenyan economy.

In the aftermath, there was no shortage of obituaries for Kenya’s economy. Domestic and international analysts competed to predict the end of Kenya’s economic growth, and the death of its tourism industry.

Tourism did take a hit, and is still suffering. Arrivals have dropped by around 30% since the attacks, and while the tourism sector is undoubtedly suffering, it has so far remained resilient.

The economy as a whole, on a positive path for most of the past decade, did not seem to take a noticeable hit. Despite the increase of terrorism, and a massively negative portrayal of the country in the world media, the economic outlook is probably rosier than at any time since independence.

Infrastructure in Kenya has been going on a development spree for the past half decade. When former president Kibaki launched his first mega-projects, they were derided as castles in the air, and written off as fantasies by naysayers both internationally and at home. When the brand new 12-lane Thika Road finally opened with in 2011, at least some critics went quiet. The effect of this, and a series others less touted, but nevertheless crucial national road projects, was to inject a new sense of optimism and a yes-we-can attitude into the country, after more than two decades of neglect and stagnation under former kleptocrat Daniel Arap Moi.

The new Standard Gauge Railway from Mombasa to Nairobi is under construction with an expected completion date in 2017. From Nairobi, it will be extended further to Kampala and Kigali.

Along with the new railway, plans to upgrade the 927 kilometres of road from Mombasa to Malaba (Uganda border crossing) to a dual-carriage highway are allegedly nearing the tendering stage. At least, that is the information I have from sources that are usually reliable. This is basically the main road artery around which the country’s economic activity revolves, and the impact of this upgrade can therefore not be underestimated.

The USD 29bn Lamu Port – South Sudan – Ethiopia (LAPSSET) was conceived in 1975. It never took off until 2013 when the then outgoing president Mwai Kibaki officially launched the LAPSSET Corridor Development Authority, with works commencing almost immediately after.

For Kenya, this represents a game-changer, as the northern parts of the country have hitherto been largely underdeveloped, with massive unexploited potential which has never been unlocked partly due to the absence of infrastructure.

Jomo Kenyatta International Airport (JKIA) has long been the undisputed airport hub of the East Africa region. With 6.5 million passengers in 2014, and annual growth averaging 12%, the old terminal building was way beyond its designated capacity of 2.5 million. With the addition this year of the brand new Terminal 1A and the temporary, pre-fabricated Terminal 2, the capacity has been expanded to 7.5 million passengers annually, giving JKIA the “right” capacity for the first time in decades. The ambition does not end there, though, as construction is already on the way for a USD 612 million Terminal 3, funded by the African Development Bank, and a second runway. Scheduled for 2018, the new terminal will bring JKIA’s total capacity up to 27.5 million passengers annually, firmly consolidating its role as a continental aviation hub.

Nowhere is the economic growth more visible than in Nairobi, where an ongoing construction boom is changing the city almost beyond recognition. The towering new highrises on Upper Hill and in Westlands have already dethroned Times Tower and Rahimtulla Tower as the tallest building in Nairobi, and ever more ambitious projects are being announced continuously. While projects currently under constructions, like Britam Tower (192m) and Hass Towers (212m) are pushing the skyline incrementally upwards, more ambitious projects like the recently announced Upper Hill Square (290m) will be the tallest building in Africa by far, when built.

The generally negative press coverage of Kenya does not seem to have deterred international investments either. FDI in Kenya totalled USD 1.18bn in 2014, more than twice the level of 2013. That figure is expected to increase, as scheduled privatizations of state corporations, and the upcoming USD 14.5bn Konza Technology City project are likely to attract significant investments both domestically and from abroad.

An influx of multinational companies locating their regional, and in many cases also their continental headquarters in Nairobi. One very notable decision in recent years was that of GE to locate their regional headquarters for Africa in Nairobi rather than in Johannesburg, explained by President and Chief Executive for Africa, Thomas Konditi, as being informed not by the SA advantage today, but by Nairobi’s likely one tomorrow. Airtel, with mobile operations in 17 African countries are also based in Nairobi, while a great number of multinational, such as Barclays, Visa, Coca Cola, Pepsi Cola, Pfizer and Nokia Siemens Networks have their regional hub for East and Central Africa in Nairobi.

Nairobi is also the base of several heavyweight global institutions such as the United Nations Environmental Programme (UNEP), as well as UN-Habitat and ICRAF.  A great number of NGOs also use Nairobi as their base for the greater Eastern and Central Africa region.

In 2010, the Kenya’s installed capacity for power generation was 1050 megawatts (MW). In five years, this has roughly doubled to 2000 MW. As one of the first countries in Africa, Kenya introduced an investment-friendly feed-in tariff policy in 2008, creating a distinctively favourable climate for private investment in power generation. This has already attracted considerable investments in solar and wind, with the 300 MW Lake Turkana Wind Power project among the flagships.

The Government itself is also actively pursuing the development of additional project in hydro- and geothermal power. The recently opened Olkaria geothermal plant, by the Geothermal Development Corporation (GDC), added an additional 280 MW to the grid, while the planned High Grand Falls Dam is expected to bring another 800 MW.

Total installed capacity is expected to reach 5000 MW by the end of 2017, while the long-term national goal for 2030 is 45,000 MW. This would put Kenya at par with South Africa, and just below Turkey. Of this, up to 15,000 MW could come from geothermal sources in the Rift Valley region, while the government is also pursuing nuclear power to cater for the additional capacity needed. The first nuclear plant is envisaged to be constructed between 2017 and 2020, and the Kenya Nuclear Electricity Board is already operational.

While 15% of Kenya’s population had access to electricity in 2010, that figure had increased to 32% in 2014 (AfDB, Nov 2014). Although this is high for Sub-saharan Africa, there is still some way to go before reaching the goal of full electrification, envisaged by 2030. The intermediate national milestones are to achieve electrification of all rural education and health institutions, and commercial centres by 2017, and to provide access to 65% of the population by 2022.

The country is not without challenges, though, with corruption and insecurity standing out as the greatest stumbling blocks. President Uhuru Kenyatta has shown himself more willing than his predecessors to crack down on high-level corruption, but is facing resilience from the very institutions that are supposed to help him fight the vice.  For obvious reasons, many of his closest political allies are also less than enthusiastic about tackling corruption in other ways than through festive speeches.

While the crime wave experienced two years ago seems to have reduced, the fear crime still persists and Kenya currently employs more security guards than tourist guides, according to a recent report by The Economist.  And while elite units of the security forces have gone quite some way in eliminating the threat of youth radicalisation by criminal religious leaders inciting violence, the threat from Al-Shabaab still persists.

The impressive resilience of Kenya’s economy seems to be overpowering the threats of corruption and insecurity, though, and to leave many naysayers red-faced. By no means does that mean that these challenges do not affect the country’s potential.  It is near-impossible to quantify how much of Kenya’s potential growth is suppressed by these two vices, though.  It is hardly an exaggeration to assume that two-digit growth figures over a prolonged periods of time, perhaps decades could be achieved. Instead of merely being in the league of the world’s fastest-growing economies, Kenya should one day lead it. 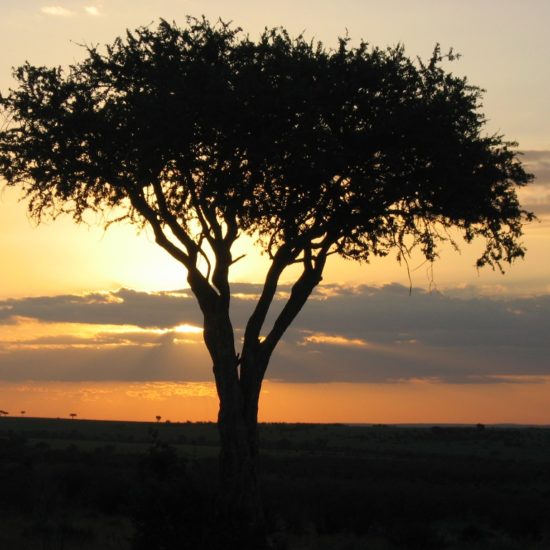