Kenya’s ongoing infrastructure boom started with former President Mwai Kibaki.  Grand projects like Thika Road, and the Northern, Eastern and Southern Bypasses in Nairobi, ushered in a national sense of yes-we-can. This has become part of the contemporary Kenyan mindset.

Kibaki also rehabilitated national roads, like Nairobi-Mombasa, Nairobi-Nakuru, Emali-Oloitoktok, etc. In less than a decade road trips went from from being an extreme sport, to a pleasant experience.  I remember the pathetic state of almost every road when I arrived in Kenya in 2002, at the end of the disastrous Moi era.

While Kibaki’s tenure was impressive in terms of infrastructure, the first term of his successor, President Uhuru Kenyatta, is mind-blowing.

At a record pace, Chinese contractors are building the new Standard Gauge Railway (SGR), replacing the century old one that the British built.  Upon completion, the road transport between Mombasa and Nairobi is likely to become obsolete. Removing most trucks on that road will in itself be a great achievement.  The railway is planned to continue to Kigali through Kampala, although the Kampala-Kigali section seems uncertain at the moment.

Less than a year before the first trains hit the rails, the government has announced plans to expand the Nairobi-Mombasa highway to six lanes.  A highway of this magnitude will be a first-ever in Sub-Saharan Africa. The impact on the regional economy will doubtlessly be significant.

Mombasa is also undergoing an infrastructure revolution: The Mombasa Port, already the busiest in the region by far, is in a massive expansion process. Eventually, its total capacity is projected to reach 2.55 TEU p.a by 2019.  This will put Mombasa at par with Durban and Tanger (second and third in Africa respectively). At the same time, the ongoing Dongo Kundu Bypass project will link the North and South Coast. This will eliminate the current ferry connection, and with it, the hellish jams through Mombasa Island.

LAPSSET will connect Southern Ethiopia and South Sudan to Kenya’s infrastructure network, while giving Northern Kenya a historic boost.  As a pre-cursor, the Isiolo-Mandera road, commenced under Kibaki, is already almost complete, connecting Kenya and Ethiopia by road.

In a perspective of Pan-African infrastructure, LAPSSET and the Mombasa-Kampala railway and highway (when eventually extended from Nairobi to Kampala) play an even greater role. Isiolo-Moyale was and is an important section of the legendary Cape-Cairo highway (aka the TAH 4), planned for more than a century.  With the Kenyan part complete, two sections in Tanzania and Northern Sudan still remain. The project is a major crucial step closer to completion, though.

LAPSSET also opens up an alternative route for the Mombasa-Lagos Highway (aka the TAH 8), long hampered by perennial instability in DRC.  Obviously, stability in South Sudan has recently become another risk factor, although seemingly a more temporary one.

In terms of digital infrastructure, Kenya is already a continental champion, with 8 terrestrial fibre optic cables (backbones), matched only by South Africa.

Kenya already has seven submarine fibre-optic cables, connecting the country to the world, beaten only by Djibouti and Egypt. As a result, Kenya already has one of the most robust internet uplinks on the continent. While currently, all those cables terminate in Mombasa, the LAPSSET project will add a second one in Lamu, boosting redundancy.

Energy is an obvious pre-requisite for Kenya to benefit from the world-class infrastructure the country is building.  Fortunately, this has by no mean been neglected.

In 2010, Kenya had an installed generating capacity of 1050 megawatt (MW).  That has already gone up to 2300 Mph. Several other projects, such as Lake Turkana Wind Power are about to boost this figure further.  While Kenya is unlikely to meet its target of 5000MW by EOY 2017, the current growth is already an impressive achievement.  The official target for 2030, is 23,000 MW. This includes four planned nuclear reactors to go live by 2027.

While many African countries invest heavily in infrastructure, few if any are in the same league as Kenya. This is probably a major part of the reason why Nairobi has risen to become Africa’s number one foreign direct investment (FDI) destination, and why Kenya the fastest-growing FDI destination on the continent. 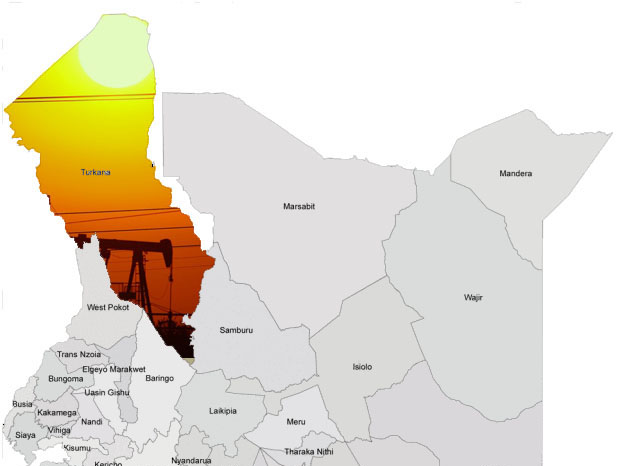